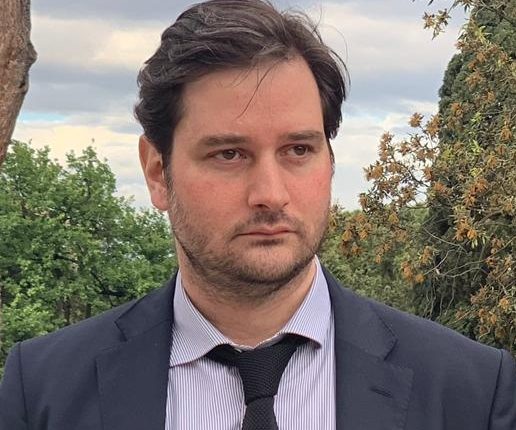 Coinbar is a proprietary crypto-fiat exchange, totally made in Italy. The peculiarity is the development of physical places that would allow you to touch the new technology and bring it into the real economy. In essence, be attentive to what is true connection and familiarity in an industry where progress has always been only virtual and, for many, impalpable.

The company is fully compliant with current cryptocurrency regulations in Italy and EU. By this, it is rapidly positioning itself among the main players in sector with a great focus on business market.

We interviewed Ivan Florio, Co-Founder of Coinbar.
Coinbar: how did you come up with this idea?
“As a premise, it is fair to say that Coinbar is an idea that came from a group of partners active in various fields, with professionalism ranging from commerce, ecommerce, social sciences, software development, and marketing.
In 2017 there was the phenomenon of icos and several exchanges were already active, the competition was already strong before we started. Our idea was to place the business in a material place. Infact, all the other exchanges were businesses carried out exclusively online, and addressed to people who were already crypto-friendly or otherwise used to web. Instead, we have positioned Coinbar thinking that most people are not only crypto unfriendly, but they are not even web-friendly. Coinbar’s idea was to bring cryptocurrencies to people and not people to cryptocurrencies, precisely to embrace a wider audience. This is why we chose the bar-bistro formula, where people could approach cryptocurrencies with the help of specialized personnel, in a familiar place; where they could find a place to talk and express their doubts, even during dedicated events. Personally it reminds me of the idea of literary cafés and cultural clubs, which contributed to the exchange of ideas in the Age of Enlightenment. If we think about it, with the evolution of technology, we are experiencing a new enlightenment. There are many parallels.”
What challenges have you faced so far?
“The greatest challenges are to be found in external events. Coinbar Spa (the Italian equivalent of Inc) was founded in 2018, in full cryptowinter, that wiped out many realities in blockchain world. From a certain point of view, was a good thing that the market had a skimming, with many scam-projects that didn’t hold up. We have chosen a path of valorisation while remaining very adherent to the regulations, which in the meantime were being written. I believe this has helped Coinbar remain a healthy company.
The 2020 pandemic was another tough challenge to face, especially considering that we had just started the opening of the first bar-bistro in Rome. We had to respect closures, and problems relating to all physical exercises in Italy and around the world. It seemed that history was not on our side. But we did it and now we are here.”
What is your biggest success?
“The way I’m used to seeing things, the greatest success is what is yet to come. We can also close it here. Jokes aside. Surely the acquisition of large business customers, the launch of the proprietary payment system for companies and institutional customers, as well as the possibility of being called to contribute to the development of new solutions all over the world are goals. But we are still a young company and with each passing day the opportunities are getting wider. I believe we are working towards the greatest success.”
What are your plans for 2023?
“Many people think that a good idea is enough; others that only money makes the difference. They are certainly two important aspects, but the thing that really matters, imho, are the people. The people around you and those who are on the journey with you: the people with you determine the path to follow, the people around you determine how the market responds to the project. It is primarily important, therefore, to seek the response of the market, to have commercial strength.
Surely continuing growth and the acquisition of new customers is essential for the good health of the initiative, so the short-term goal is still user and commercial growth. I would say that a good goal could be to open new physical points, also with collaborations of new interested parties. We’re working on it, but the pandemic has taught caution and weighting. We still don’t know if 2023 will be full cryptowinter, but this time I’m not cold.
Personally I am carrying out some initiatives for the development of blockchain and crypto culture, because the future will go in that direction. In order to create an international cryptofriendly ecosystem of entrepreneurs, professionals and stakeholders, who can take advantage of these new opportunities and ideas.”
0 543
Share FacebookTwitterGoogle+ReddItWhatsAppPinterestE-mail

SwissBorg and the Democratization of Wealth Management

Cloud Cost Optimization: How Automation Helps Companies Save 60% On…