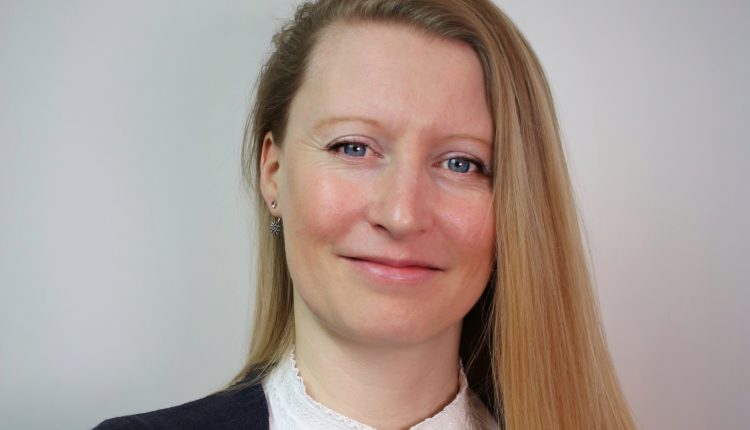 Web3 promises more inclusion and diversity opportunities through its disruptive technologies, such as artificial intelligence, edge computing and distributed ledger technology like blockchain. From what I’ve seen, Web3 is not trying to maintain its current male dominance, because it knows that it will take a huge effort to make itself mainstream ready. And that’s exactly what it needs everyone for. Every man and every woman. All genders, nationalities, age groups, etc. are already working here across all time zones on joint projects.

But why are there still so few women in Web3?

If you Google Web3, you are overwhelmed with abbreviations and technical terms whose meanings you first have to look up. You go from one unknown to the next and before you know it, you have spent hours searching the web for the meaning of ever new terms and have completely lost sight of the starting point of your search. It is not without reason that people talk about going down the Web3 Rabbit Hole, which is characterised by its long, branching paths that seem to have no end. Not only do you forget time and space; it’s also incredibly difficult to find the “right” path when you don’t really know where you’re going. You wander around looking for, well, for what? This is perhaps more of a philosophical question, the answer to which is probably as individual as a pair of private and public keys.

As already mentioned at the beginning, Web3 is an interplay of several technologies and is therefore, at first glance, quite technical. However, one should not be put off by this, because Web3 does not only need technically skilled people like programmers. Everyone has a right to exist, because in the end everyone should use Web3 sooner or later. A basic understanding can already be gained through very well researched videos or books; there is something here for every learning path. Study and try!

Where do I start?

I myself probably still struggle the most with this point. It starts with the choice of a project. The question of which project I actually want to support is not so easy to answer, for example, because how do I know how sustainable a project is in this area if I am a newcomer? The well-known buzzword, DYOR (do your own research) is unfortunately not very helpful here. Then there’s the question of how the whole process works, because most of the jobs are freelance jobs rather than salaried jobs. Someone like me, who has only been employed all his life, already stumbles with this issue. What do I need for it, what can or may I actually charge for my work and how does it work with tax when I work for a company abroad? – These are questions that unfortunately require even more time, in addition to the already time-consuming research of the technologies.

But, I also came to the point where I realised that all these challenges are nothing more than just that. Challenges. You can face them and then overcome them. And why this is worthwhile in any case, from my point of view, is because of the opportunities that are offered.

Women in Web3 – the opportunities:

Maybe you have already worked on a project where you were involved from the very beginning and YOU were able to actively shape it. That was certainly a great feeling! And that is exactly what drives many Web3 enthusiasts I have met. Not just waiting for things to get better (or worse), but playing a part in making our future and that of our children a good one. It feels like the so-called “purpose” is the main driver behind the projects – love it!

When I started to explore DLT/blockchain and Web3 more intensively, I think what flashed me the most was the fact that I felt I could do ANYTHING. Having worked in finance all my life, I could theoretically move into marketing, or as a content creator, or even an event manager; there really is no limit to the imagination. How surreal the thought was to be able to choose, and frankly very overwhelming; I mean, when was the last time you asked yourself what you would want if you could do anything? …

Gaining experience – being there is everything!

Assuming you do your own research, as DYOR instructs you to do, and you decide to do a project that in retrospect turns out to be a scam, or doesn’t last long for any reason, then you have a mile-wide experience advantage over everyone else who hasn’t had that experience. The things that have been done are the ones that have a lasting effect. #mistakeculture

As a woman, you currently have an enormous career advantage, especially in European countries, because we see an economy that is already suffering from a shortage of skilled workers; in addition, we are experiencing a huge gender and diversity debate, which is now even being conducted at the political level – there are a lot of opportunities for advancement for women in general. With the knowledge of future technologies (Web3), these opportunities are expanding even further! This should actually give every employee, but especially the women out there, a good portion of security, even after a possible failure (but why should that actually happen?!), to quickly and securely regain their professional footing.

So why are you still hesitating?

“Women in Web3 – Why are you still hesitating?” was written by Daniela Boback.

About the author: I have worked in traditional finance for over 15 years, and after an intensive learning journey during my parental leave in 2022, I decided to give Web3 my professional attention. Currently, I am still in a sabbatical, but I am already working on various projects that deal with education and diversity in the Web3. I would like to highlight wom3n.DAO, a German Female Network 3.0 with the technological innovation of the Q-Blockchain, which aims at onboarding women into Web3.

Blockchain Life 2023 Invites you to Dubai

SwissBorg and the Democratization of Wealth Management

The Aclyd Project: how to Apply the Blockchain to the Alcoholic…

RipaEx: A Crypto Asset Marketplace built on the ARK blockchain…